So what makes Dunoon and St Ives Guesthouse so special?

Dunoon is not your average small seaside town. First and foremost, it's a Victorian town with beautiful buildings and heritage. There aren't many of them left in the UK!

As a former US Naval base, Dunoon played a very significant role during the Cold War. It was home of hundreds of the American servicemen for decades so many of whom married local women and still consider it their true home no matter where they ended up in the world. 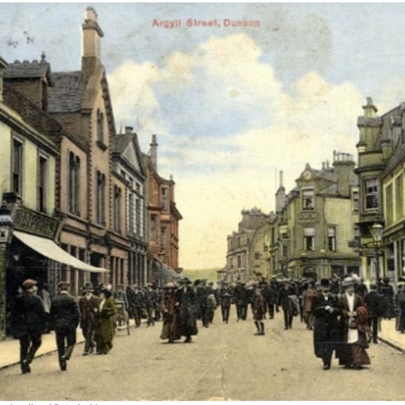 The history of Dunoon can be traced all the way to 11th century, if not earlier.

However, the town really blossomed and became a top holiday destination during the Victorian holiday boom, when paddle steamers brought thousands of visitors from Glasgow to enjoy the stunning scenery and local hospitality.

"Doon The Watter" they lovingly called us!

The Waverley, the last working seagoing paddle steamer and one of the world’s greatest historic ships, still calls regularly at Dunoon pier.

Dunoon is now a maritime gateway to the Loch Lomond & Trossachs National Park.

Dreamy sea lochs, hills, forests and glens are full of wildlife and just waiting to be explored. Paddle boarding, kayaking, quad and mountain biking, there is so much to do and explore in this beautiful part of the world.

Dunoon is also world-famous for the Cowal Games, the largest and most spectacular highland games in the world. The Games attract thousands of people each August and are a must see! 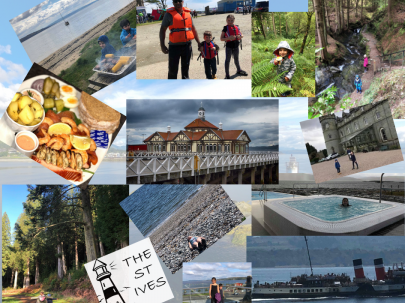 The Story of The St Ives Guesthouse 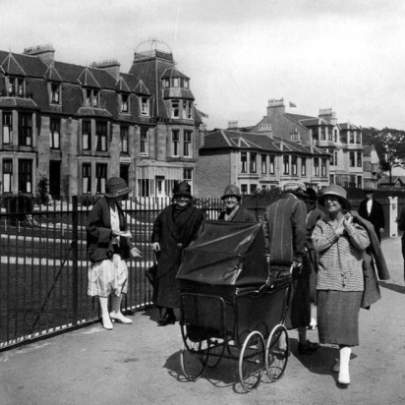 St Ives was built in 1840 at a cost of £750 for a Lieutenant-General Pleydell who served in the Indian Army and at that time it was Alisa Tower.

It is not certain when it became a hotel but there is evidence of it being used for such purpose in 1907. Records show that the name was changed to St Ives Hotel in the 1960s. Most probably the new owners at that time liked to recall their happy holidays in Cornwall. 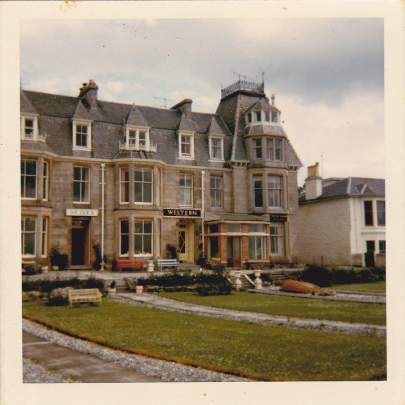 Sir Harry Lauder is associated with the property as he advanced a bond of £500 for the purchase in 1904 to Donald Mcallum.

We have written a blog post about St Ives' story including a resident spirit of Robert, the late son of Lieutenant-General Pleydell.

Jon and Katia bought The St Ives in August 2017. They relocated from London with their 3 children Mya, Danila and Charlie to follow their dreams and make a new life in beautiful Scotland. Three months into the ownership, they closed their doors to give The St Ives a complete makeover.

The challenge was to retain some of its original Victorian features and make it fresh, comfortable and modern at the same time! Here is a sneaky peek at what took place:

CLICK HERE to get an instant copy of our guide to Dunoon, jam-packed with useful info and tips to make the best out of your visit.

We can't wait to share our love of this beautiful part of Scotland with you!

Jon and Katia, your hosts

"What a gem! The sea views over the bay were spectacular and our room was immaculately clean and comfortable. The highlight was relaxing with a bottle of red in the lounge watching the world go by. Thank you, Jon and Katia for an amazing restful week" Jane and Terri, Edinburgh